Material on the Torus and it's energy and dynamics excerpted from the movie 'Thrive'.

It's very likely that there was electricity and electronic devices (the 3 in my video) used in Ancient Egypt, in this Ascension process I speak of in the Ankh Revelations. In this video, I first look at this through another researchers view. His piece is called Ptah's Law of Electronics and he's working with the very same 3 objects/devices I'm referring to in Ankh Revelations as 'the Power Trio'. Ptah by the way was the name of one of the two brothers that ruled Earth for quite awhile. Ptah was an Anunnaki (from Nibiru aka Marduk. It's a part of our solar system. It's on a 3,600 year orbit around our sun. Ptah's other names are Enki and Ea among others. His brother was Enlil or El aka Yahweh, the God of the Jewish people. Yes, Enlil then is the so-called 'God' of the old testament. 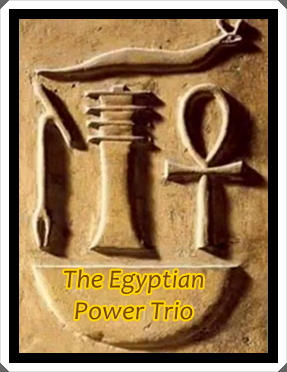 Also in this video show video of how Eric Von Daniken and crew built a model lightbulb modeled after the Egyptian wall carving. When electrified it worked!! You will get to see it. In the meanwhile here is a pic. of the wall carving at Dendera. 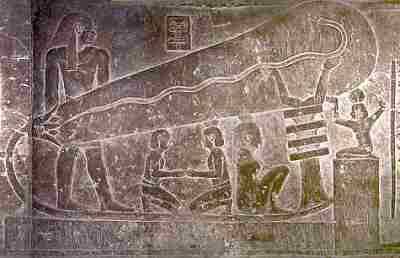 Also in this video I have included two different 'Chi Gong' Masters. They both developed the ability to handle this energy through meditation and or prayer and focus obviously among other qualities. The first guy will show up close to the video camera the etheric fire issueing from his fingertips. He had to gather up the chi first but then he is able to start fires with this energy. The next fellow demonstrates that our body is electric, that it has a positive and a negative pole and that one can learn to discharge an electrical surge...at WILL!!! Super-powers do exist within us but these may just be 'normal' stuff for many of the aliens in the cosmos who have developed say their psychic senses as well as their consciousness. With some to these powers and a little technology who knows what you may be able to power and accomplish relative to the energetic torus that gives us life and sets our consciousness level.

Artificial Ascension, it is much more likely a possibility than you may at first think!

Nassim Harramein's talk on the Double Torus. Self regenerating system.

Also, The God Helmet. Informs you of a little of what WE (let alone aliens) can do just with brainwave stimulation/manipulation. Of course what you will see here is out of date and the true abilities of the underbelly of government (CIA) has learned to do is kept secret so...You will just have to imagine. Scary and wondrous yes?

Also, Carl Sagan describes the 'evolutionary structure' of the brain. Interesting actually. You will see how it ties in. We have to look at these desperate pieces and examine how each of them work to bring in understanding of the greater concepts I'm making about Artificial Ascension.

Also a great video piece on the Solfeggio Frequencies. These, like the Trivium were removed from life's curriculum because knowledge of it lifted us higher towards 'enlightenment' which is the opposite of what the Luciferians want so...they dropped it out of sight and it's now 'hidden knowledge' aka. the 'Occult'. These frequencies actually entrain the mind towards positive empowering lifestyles and fulfillment even. We need to bring them back in!