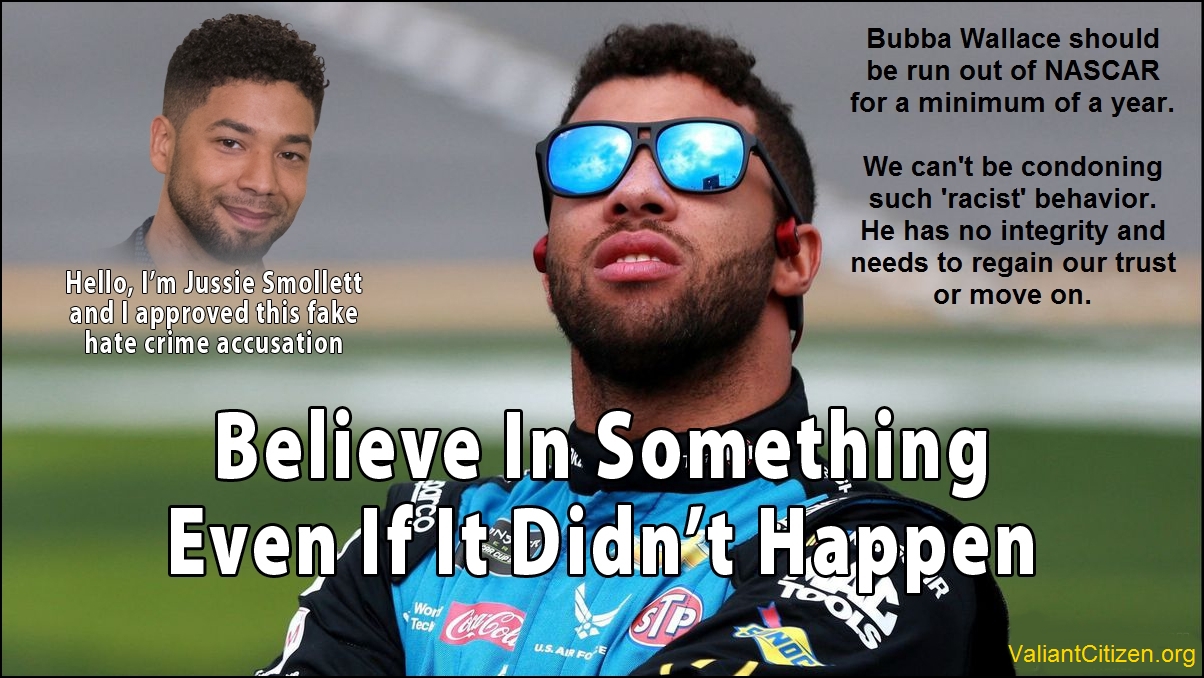 These Leftists who FAKE racist attacks upon themselves are bad enough but then they make the extraordinary claim that it's the White folk who are the 'bad guys'. It could have been any color of human yet Bubba joined in with the divisive rhetoric that's all about DIVIDING us all. This serves the Luciferian globalists not race relations. Bubba is no FAN Of America. Bubba, by adopting the racism narrative is working against America so...why is he still allowed to drive in NASCAR?

He should be 'banned' from NASCAR for a minimum of a year!
We the fans need to take a stand against Smollett and Wallace types as well as those that support that BS narrative (NASCAR) that this 'racism' stuff is 'organic' when it's part of the Luciferian Globalist takeover PLAN.
https://conservativedailypost.com/documents-posted-online-show-soros-backed-plan-to-issue-martial-la... 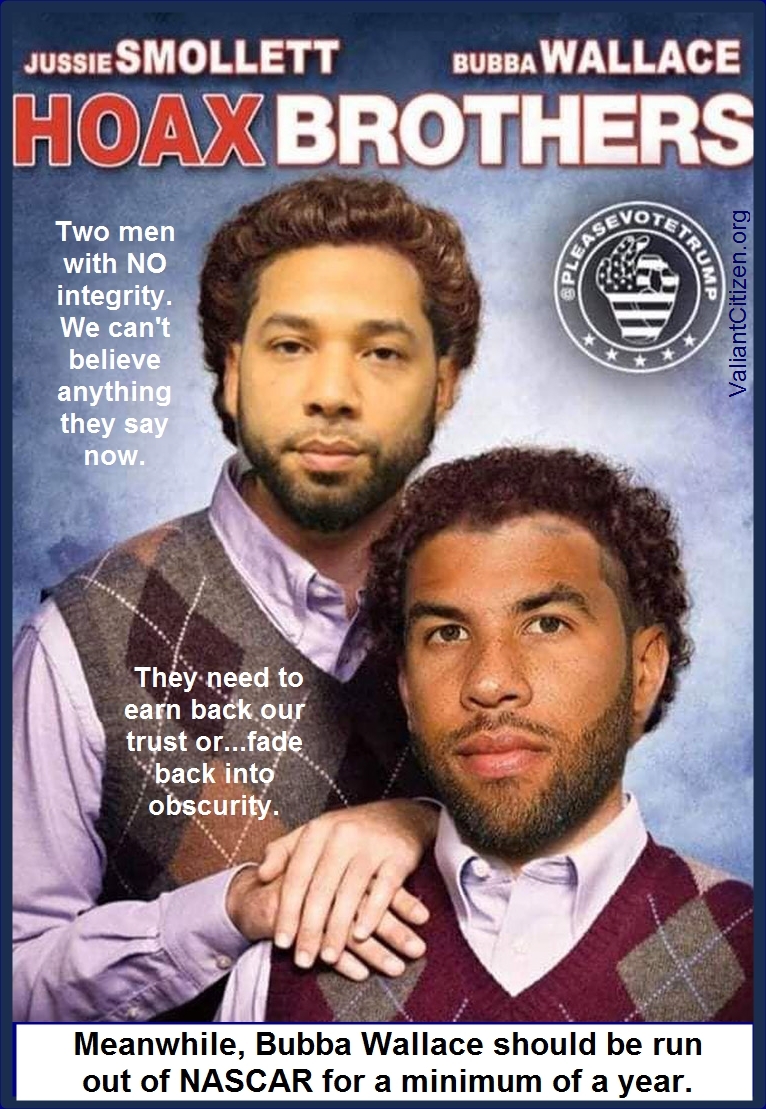