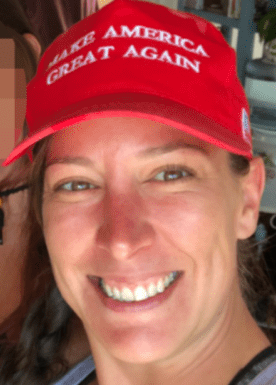 She is NOT a victim. We are ALL creators of our personal experience, with every step we take, with every word we breath and with every thought we allow or cultivate.


I didn't know her but she's my hero.

Why? Because she was led by her own unfailing heart, to take back America, for ALL of us.
She knew the Presidential election was stolen. [He is not accepting defeat and he shouldn't because he 'won' by a landslide.] Her actions were ours, in spirit. She carried no weapon, She meant no harm. She did no harm to anyone. She was NEVER a threat. She did not deserve to be shot.

The perpeTRAITOR has yet to be identified. A man in a suit not a police uniform is rumored to of fired the shot. Senate minority leader Chuck Schumer is rumored also to of been in the room. It would not surprise me if he nodded to the shooter to do it. They'll blame it on Trump. Their constant fall guy. The 'executed' woman is not dead. Physically she is but her Person is eternal like the rest of us. That's my opinion. Still, the perpetrators must be brought to justice.

Say her name dear PATRIOTS. Say it so that Ashlie Babbit's sacrifice will not have been in vain!

We are taking OUR country back from you Luciferian globalists.

Your time to FALL has arrived!