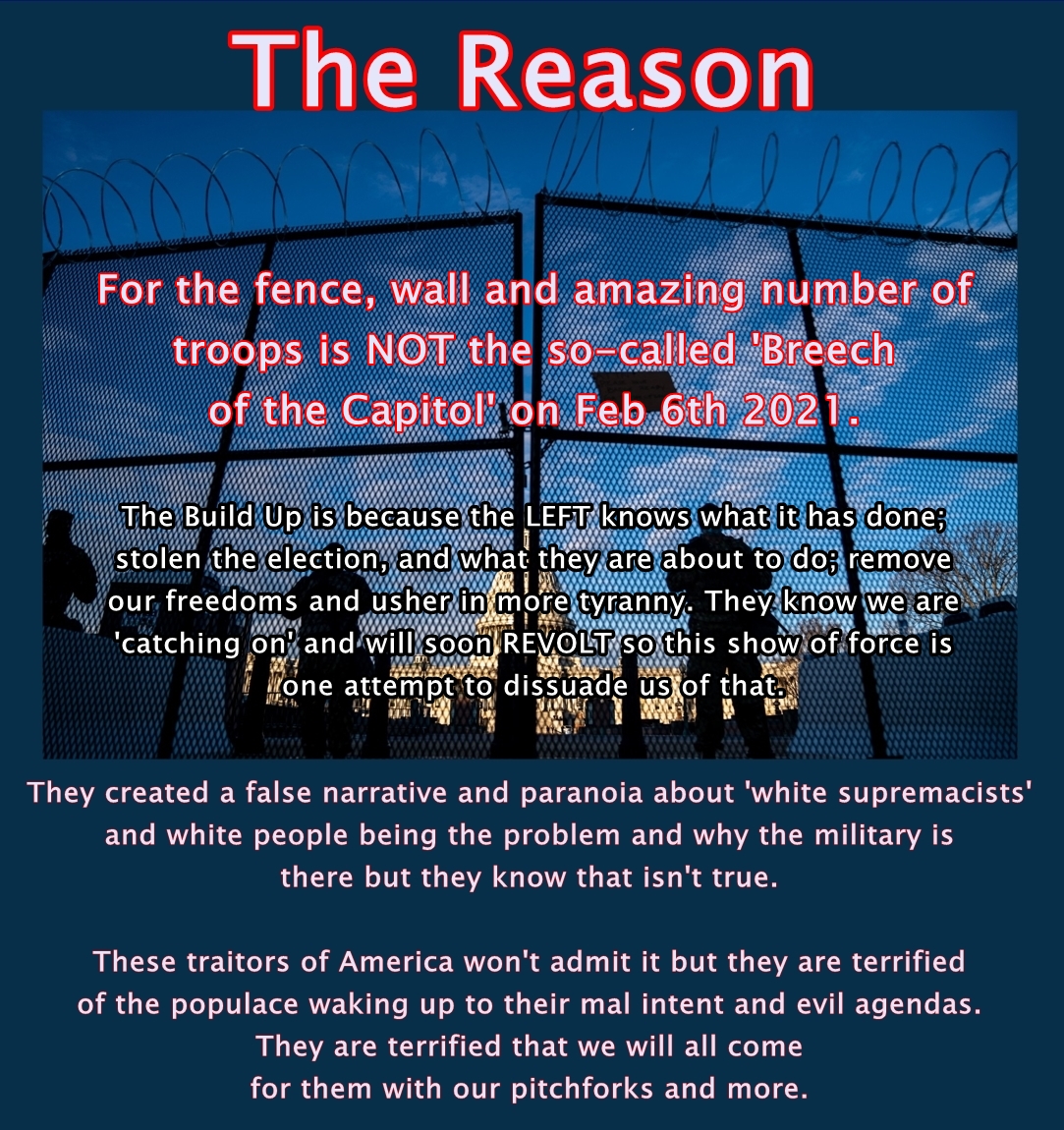 Someone is broadcasting that they are VERY afraid.
That they are very afraid... of us.
Exhibit A. No threat yet overblown response. Rather like Covid isn't it?
Exhibit B. They create a fake narrative about white people to deflect from their own guilt over having stolen the election. That guilt shows up as the fence, the wall, and the overblown troop response. No, it wasn't the 'breech'. It's their guilt at knowing they are there illegally, like pirates having taken over a town, that has them POSTURING like they are bad asses. Well, they ARE asses, that's for sure.